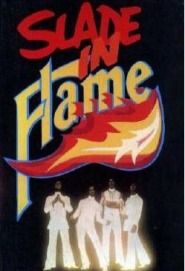 At the height of their career in the early ‘70’s Slade’s manager and producer Chas Chandler (bass player in The Animals and former manager of Jimi Hendrix) decided that the band needed to try something new.

The direction he chose was to make a movie and enhance their career even further.

Various movie projects were discussed including a spoof sci-fi comedy based on “The Quatermass Experiment”, It was to be called “The Quite A Mess Experiment”.

The band weren’t keen on doing a slapstick kind of film, they wanted something a bit meatier and serious. They decided to work with screenwriter Andrew Birkin (brother of Jane) and director Richard Loncraine.

Andrew Birkin and Richard Loncraine agreed to tour with Slade in America  so as to gain a greater realism of a rock band on the road and enough material to help with the story. Most of the movie is based on real incidents that have actually happened to other bands and to Slade of course.

The movie is a rags to riches drama about a sixties band who show their naivety by wanting fame and fortune but end up with a harsh reality check and pay the price. They encounter a rich, double dealing and well connected manager played by Tom Conti (his first movie) and a gangster like back street agent played by Johnny Shannon who wants his share after the band becomes successful. The film is deliberately shown as a dark and truthful translation of the music business which is intended to dispel the myth that this lifestyle is not what it seems to be ie: glamour, champagne and roses.

Flame is a superb movie and contains some solid deadpan acting from Noddy, Jim, Dave and Don. Tom Conti plays his role well as does Alan Lake (Jack Daniels). There is also a wonderful bit part by the late British D.J. Tommy Vance (1940 – 2005) as Ricky Storm.

Filming took place in 1974 at various locations in England ie: London, Sheffield and Nottingham and was released in English Cinema’s in January 1975.

Slade had to write a completely new album for the film soundtrack which turned out to be one of their best. It contains one of their finest songs “Far Far Away” which reached number two in the UK charts in 1974. Another track lifted from the album as a single was “How Does It Feel”  which stalled at number 15. In later years this song has been acclaimed by various critics as one of their best works ever, of which I totally agree. 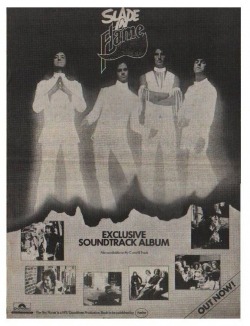 Formats That The SLADE IN FLAME Movie Has Been Released On 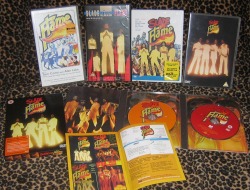 A Selection Of Other Formats Connected With SLADE IN FLAME 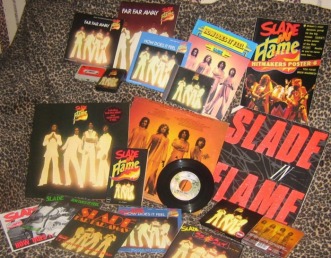 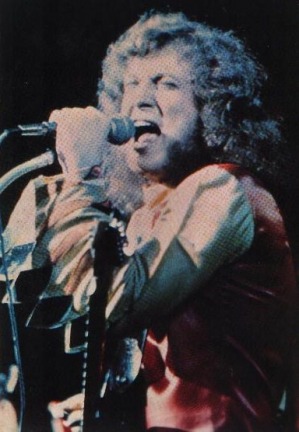 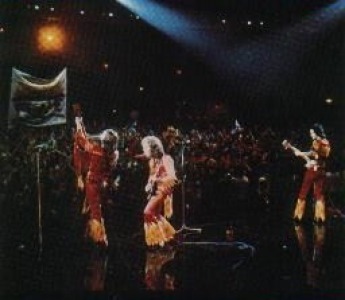 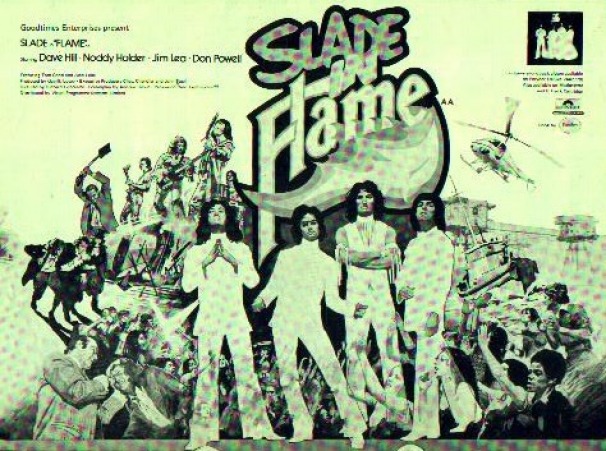 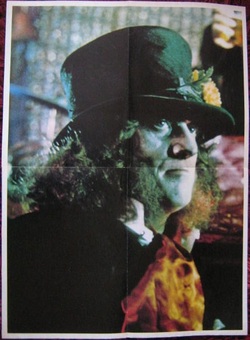